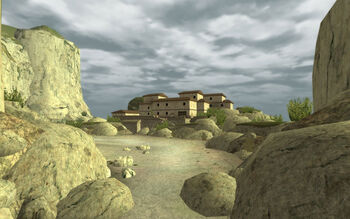 Players step foot upon the ancient land of the Roman Cimeroran Peninsula, where they battle deadly creatures, defend an ancient city and ultimately come face to face with the enemy of time itself. Throughout this journey players uncover the mysteries of power and the origins that guide them today. Cimerora itself is a peninsula in the ancient Mediterranean that was formerly controlled by the King/Emperor Imperious. However somewhat in its recent ancient history, one of Imperious' men named Romulus Augustus usurped power from Imperious and took the throne for himself. Using powers and aid from an unknown dark entity, Romulus has summoned ancient beasts, legions of men, and erected a single great fort over the majority of the land where he plans to constantly strike against the gallant Imperious.

Julia buys back all enhancements (barring IOs) as if she was the same origin store as the enhancement.