Edit
watch 01:36
We're Getting Mutants in the MCU - The Loop
Do you like this video?
Play Sound

This article is about the zone. For the organization, see Menders of Ouroboros. 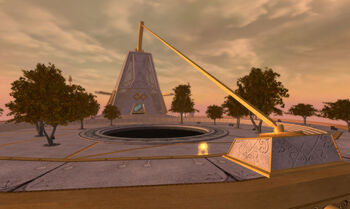 The headquarters of the mysterious Menders of Ouroboros. Heroes and villains can both visit this zone, but they appear in different instances, with differences in contacts and missions. There are missions and Task Forces here, as well as the Flashback system.

An Ouroboros is the symbol of the dragon eating its own tail, which has existed for centuries throughout Norse, Greek, African, Hindu, and many other systems of mythology. It is also a central image throughout the novel "The Worm Ouroboros" by E.R. Eddison.

The following exploration badges can be found in Ouroboros:

These do not need to be time travel missions and every player on a team can use this option not just the owner of the mission.