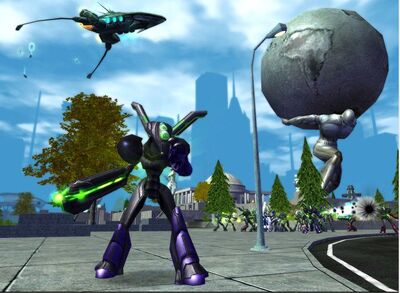 The Rikti World Invasion was a global (all servers) event timed to coincide with the release of Issue 10. It marked the return of the Rikti to Earth, threatening all humanity. This world event started on July 24, 2007 and ended on August 07, 2007. A month-long encore followed later. (See Timeline for exact dates.)

During the event, Rikti Invasions would occur approximately every three hours. Consecutive waves of Rikti invaders would invade two zones at a time, attacking both hero and villain zones on a server.

Since the conclusion of the global special event, Rikti Invasions can now be triggered by the completion of the Lady Grey Task Force. Depending on the make up of the team completing the task force, one random Paragon City zone and/or one random Rogue Isle zone will be invaded.

Defeated by the heroic efforts of Alpha Team and the ultimate sacrifice of Omega Team during the first Rikti War that started on May 23rd, 2002, the alien invaders are back. White Plains, known since that fateful time as the Rikti Crash Site has seen the active return of the Rikti from their mothership, turning the defensive stalemate in to the broiling battleground dubbed The Rikti War Zone.

Worse still, Rikti Drop Ships are seen flying over every zone in both Paragon City and The Rogue Isles, dropping deadly ordinance while the residents cower as alien portals open up all over the zones, dispensing armoured Rikti on to the unsuspecting streets...

When a zone is invaded, the following occurs for all players, Hero and Villain alike, on the server:

At this point, the skies in the affected zone will change colour - a preternatural twilight sets in, with the midday sky appearing yellowed and sickly. In Paragon City zones, the War Walls will shut down. All normal enemies will leave the map. Then, the aliens arrive...

For further details about how the Rikti choose targets and more, look at the Rikti Invasion Mechanics.

The Rikti World Invasion awards four badges in total. Three badges are achievement badges. Acquiring all three of these badges will confer the fourth, an accolade.

This badge has a different name depending on the gender of the character, and awards an accolade power, Elusive Mind. 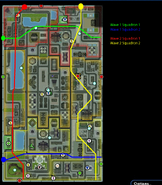 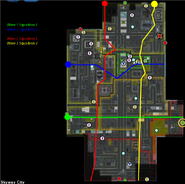 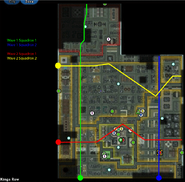 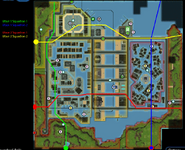 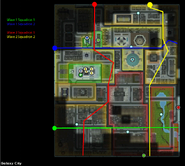 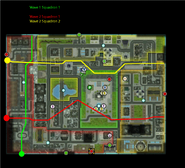